We held a Make Sale at our school’s Christmas concert! We sold over 200 student-made 3D-printed and Perler bead ornaments with all proceeds donated to the local children’s hospital, the IWK Health Centre. We earned $347 for the hospital! 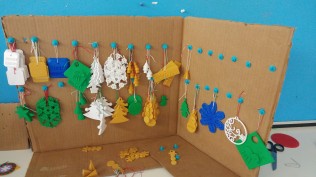 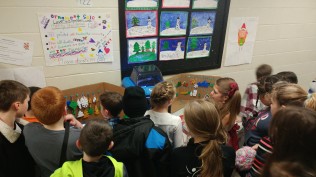 How We Got There:

Last year I received a few grants that allowed me to buy a SeeMeCNC Orion Delta 3D printer (Thank you to the NSTU & Brilliant Labs). It was new to both me and my students. As anyone that has tried 3D printing can contest, there is a pretty big learning curve for teachers–more so than there is for the students! Admittedly, I spent many hours learning how to use the printer properly. We completed several whole-class design projects including personalized keychains, Sphero accessories, and free-choice designs. My students loved having the printer in our classroom and many even designed items at home using TinkerCAD to print at school. Despite this, I knew I hadn’t yet found the best way to make this a meaningful tool in my classroom. The set up that I established had two main flaws:

In August of 2017 I found out I was accepted to take part in the GE Additive program–a grant program for teachers that was providing over 400 schools around the world with a kit including two 3D printers, plenty of filament, curriculum linked materials and access to Polar Cloud 3D print software and several connected design apps.  This package introduced me to tools that allowed me to solve my main issues from the year before. With the web-based Polar Cloud software, students have access from any device to slice and queue print jobs, and I don’t have to do a thing! The Polar Cloud is synced with all 3 of my printers, so we can now get student projects printed MUCH faster.

Inspired by a friend in Kingston, Nova Scotia (Nick Baskwill), I decided to follow his lead and have my students design and print Christmas ornaments as our main launch into 3D design. We started designing using TinkerCAD. Nick and I even arranged for small groups from our classes to have a Google Hangout so his students could teach mine how to make a Christmas tree in TinkerCAD, it was awesome! But like any tool, TinkerCAD wasn’t ideal for some of my students. At first, students struggled with tasks such as resizing shapes to scale and positioning objects. I decided to try Maker’s Empire, one of the apps recommended by the GE Additive program.

If you haven’t tinkered with Maker’s Empire, it’s an app for iOS, Android, Mac, and Windows that is designed specifically for K-8 students. The app is gamified to increase student engagement–they receive points for completing design challenges and trying new tools. Like the Lego Life app, students can post their designs for other users to view and leave comments. My students were immediately drawn to this app that was designed for kids more than TinkerCAD. The teacher dashboard is also very useful, and student’s work is automatically sent to the Polar Cloud for easy slicing and printing.

We were planning to design flat ornaments, so the “flat shapes” library in Maker Empire’s Shaper tool was a perfect fit for our needs. In the Blocker tool, students can create models that feel like designing in MineCraft. We had a few block Christmas trees for sale that were a big hit! I had several things I was actively trying to achieve:

I had most students interested and invested, but this was a class project so I needed everyone on board!  So what was missing? What was I overlooking? Although I had given a choice in digital design software, I had neglected to offer choice of medium. Some students aren’t interested in designing 3D models and mass producing their designs. I needed to have options for students to create that preferred to work with their hands. Enter: Perler Beads!

I picked up a bucket of Perler Beads at Ikea the week before with the intention of using them as an art lesson, but this seemed perfect. For the next 4 art classes, our classroom was run like a makerspace. There were always different activities happening in each pocket of the room. TinkerCAD, Maker’s Empire, monitoring the printers, Perler beads, stringing ornaments, making displays (our MakeDo cardboard construction tools came in handy for this), all while singing along to our favourite Christmas songs!

As the event came closer, we focused on sharing our project with the school and community. Some students made posters while others wrote scripts to inform other classes about what we’ve been doing. A group even wrote the notice that was sent home so parents would know to bring some change. After debating prices, we decided that we would sell our ornaments as free will donation. No limit on how many ornaments you can take, no minimum cost to buy. Since GE Additive supplied us with filament, we had $0 in overhead costs! We didn’t need to worry about making “at least” any certain amount. We could provide work we were proud of and share it with the community for whatever they could give. The holidays are a hard time of year for many of us, and we wanted to respect that.

We set up a table in the hall outside the gym with our Flashforge Inventor II (my favourite printer) printing an oversized version of an ornament designed by one of my students. We had more than 200 ornaments ready to sell and a schedule of students ready to get us through the day. But we overlooked a key piece of information! Parents coming to the concert were more worried about getting an awesome seat for the concert than buying Christmas ornaments! Going into the concert, we had barely made any sales. As predicted, we were getting a wide range of donations. The first donation of the day was $10, and the second was $0.10. After the concert that was our busiest time! My students were smiling ear to ear as excited adults and kids surrounded the table to buy ornaments. It was a very powerful moment for my students! I’m so glad I was able to be there to see it. The project gave us a mutual goal to work towards, and the class worked so hard to make it a great success.

A few week before the sale I read a blog post linked from Twitter by Tom Murray called “No. Your 3D Printer Does Not Make You Innovative.” Basically, Murray outlines four different ways 3D printers are used (and not used) in schools. I feel like if Tom came into my class within the last two months, we would fall into his MVP Printer category; “MVP Printers being used in schools are worth every penny. They are viewed as a conduit for learning, not as the learning experience itself.” The challenge will be to keep it that way.

When students ask for more structure

My WHY in Education

Beyond Trinkets: How MakerEd and Community connect.

“Hey Google, how can I use Google Home in my Classroom?”

Printing Kindness: How a 3D printing project united my class 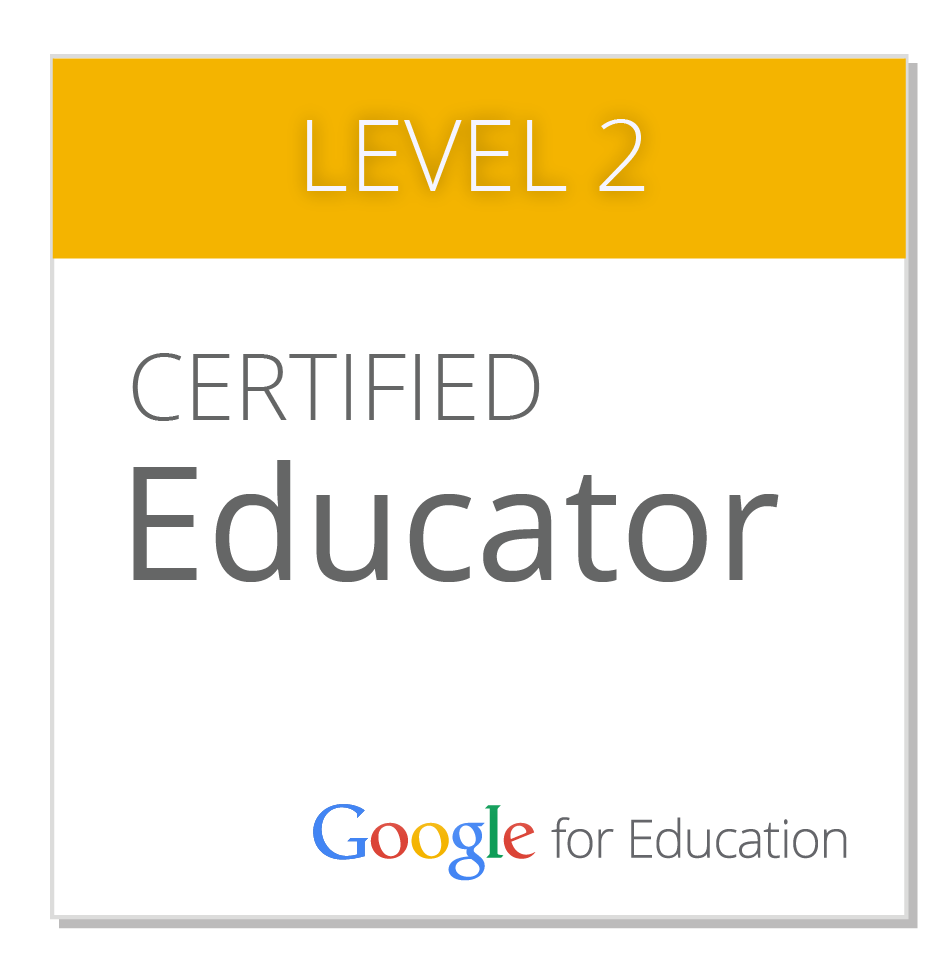